I got into the University at the age of 16 to study physiotherapy and immediately I unpacked my boxes, I joined the debate club of my hostel. Public speaking has always been a passion that consumed me—I didn’t just want to join the debate club, I needed to. Every hostel and faculty in the university I attended has a debate club and all these clubs compete in numerous public speaking competitions. A person may belong to up to two clubs if they wished (their faculty’s and their hostel’s), and it is a well recognized extracurricular activity. I have spent five years in school, belonged to different debate clubs and held different positions in them. Now that I am set to graduate, I have chronicled five important lessons that this experience has taught me.

On a cold December night in 2019, a group of students are seated around two tables in the hostel cafeteria. They don’t plan to meet there, but somehow find one other eating and decide to hang out after their meal. They discuss many topics like love languages, climate change, dealing with stress and even marriage. At some point, some of them open up about dealing with depression and they find solace in the commonality of their suffering. The conversation lasts for seven hours and as they bid one another goodnight by 4 am, they know that they have just experienced one of the best nights of their lives.

I was one of those students and that story is one of many. The debate club is my community and insomuch as everyone cannot belong in this community, every person must find their own community. I have learned so much—beyond writing and speaking—from my community and have been exposed to so many opportunities I would never have dreamed of. I have made friends that have become family and even found love in this community. The story earlier described took place while I was in the middle of writing my final-year dissertation; it was one of the lowest points of my life and on most days, I had no zeal to carry on. But looking forward to club meetings and also having unplanned ones were some of the few things that kept me going. Yes, belonging to a community requires some effort on your part—it requires commitment and hard work—but I’ve found that not only is it worth it, on some days, it’s the only reason I have left to keep going. Find your community and watch yourself bloom.

Look, I know you have heard this a million times but it is true: consistency pays off. No one is born a public speaker. I  mean, if your baby comes into this world with a prepared speech on imperialism, I suggest you consult your local priest because that is clearly the antichrist. From as far back as my secondary school days, I have been engaging in public speaking competitions and was even quite popular for winning national contests. Over the years, I have evaluated my skills as a writer and public speaker and have come to the conclusion that the only thing that truly makes every speech better than the last is the fact that I have never stopped. I remember my first debate in the University: I was representing my Hall of residence and speaking against human cloning. I didn’t have the confidence to look up at the crowd and when the warning bell rang, I ended my speech abruptly and hurried to my seat with an air of shame. Two years later, I would eventually be given the award for the best speaker at the largest debate competition in West Africa. The beauty of consistency is that it gives you the space to grow—gently, kindly and efficiently.

3. Learn to Give Constructive Criticisms Gently

Some people argue that we should all be tougher, but I think the world should be kinder. Think about who you are as a person; you are complex and have complex experiences but at your very core, you simply wish to be happy and to avoid suffering. Now, apply this to everyone; we are all complex people who want to be happy and avoid suffering. My meditation guide tells me that “if we can recognize the commonality of our suffering, then, we will be able to treat people with empathy”. Giving criticisms gently is all about having empathy. I have come to understand that no matter how terrible I think a person’s speech is, they probably worked hard on it and the least I can do is respect their effort because if the roles were reversed, I would like that too. I have held important positions, such as the vice president and president of debate clubs, and being in these positions means that people look up to me. I would truly be a horrible leader if all I do is deliver mean words in the name of “corrections”. What I do is that when I see something I like, I commend it with as much enthusiasm as I condemn something I don’t like. I also try to keep my corrections to the work and not the person. A speech may be illogical but that doesn’t make the writer an illogical person. Do you see where I’m going with this?

Where two or three persons are gathered—and that includes your community—conflict is bound to arise. Conflicts are not a sign of a failing system but rather a functioning one. Conflicts are proof of interacting ideas and personalities—something that every debate club has. I have had my fair share of conflicts and while I don’t regret them, I could have managed them better. There are a few hard rules that I have laid for myself and abide by, no matter what. One of that is to never raise my voice; there are always better ways to communicate my displeasure and if the other party is hell-bent on starting a shouting contest, I walk away. A second rule is that I give my anger time to breathe; I know this sounds funny, but yes, my anger needs to sit pretty for a while. It gives me time to think and analyse my feelings: what do I feel? Why do I feel this way? How do I want things to be different? What is the way forward? We will not always agree on things, and it is unwise to try to avoid conflicts because we think they would only breed resentment. Manage conflicts by communicating as clearly as possible with a focus on the problem and by keeping personal attacks off the table.

5. Feel the Fear but Do It Anyway

Yes, courage is not the absence of fear but the ability to feel fear and still do it. Earlier this year, I taught a class on how to effectively deliver a speech and when it was time for questions, someone asked, “How are you always so confident? How do I learn to give a speech without being so scared?” To answer his question, I held up my two hands to the class so they could see that they were shaking, and I said, “Standing in front of you and talking is absolutely terrifying. I’m scared but I’m doing it anyway”. In 2017, I was chosen to represent my faculty at an oratory contest. When my name was called to deliver my speech, I walked to the podium with the confidence of someone who knows their stuff but my experience was one that I would never forget. One minute into giving my speech about sexual harassment, I felt a tingle in my toes. That weird feeling kept climbing up—from my toes, through my legs, into the pit of my stomach—and settled in my chest, making it impossible to breathe. I passed out on stage and had to be carried out by the ushers; it was suggested that I had suffered a panic attack which was worsened by my anaemia. It was truly one of the most embarrassing moments of my life. Like that wasn’t bad enough, in August 2019, I was delivering a speech on nationalism and passed out, again. Twice, my chance at a win was taken from me by my physical and mental health. At this point, I had a reputation of being “the girl who faints on stage” and it hurt. In December of 2019, it happened again; only this time, it was worse. First, I threw up, then passed out; I woke up to chest compressions and mouth-to-mouth. That competition meant a lot to my team and after 30 minutes of rest, despite being scared to my bones, I decided to return to the competition. With the approval of the organisers,  I sat on a plastic chair in front of over a thousand people, delivered my speech and with the joint and well-appreciated effort of my second speaker, we won the competition. I never want to be in that situation again or wish that any of you ever is, but I want you to know that just because you’re scared of something doesn’t mean you shouldn’t do it. Although it was my cue to take my health even more seriously, I’m glad that I was able to rise in spite of my fear and can only hope that you do the same too. Feel the fear but do it anyway. Cheers!

Sign up to get notifications of our posts and other activities sent to your email. 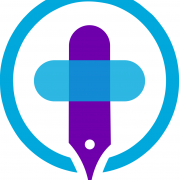