HIDING BEHIND THE PAGES: Losing One’s Self
Oh how far he had fallen! He could not even believe he had gotten to this juncture. It was unfathomable how things had taken such a turn in his life. If only turning back the hands of time were a possibility – sadly, it was not even a reality.
When was this last time he spoke with his family, those who had played remarkable roles in making him who he was this day? When was the last time he went to church or studied the Scriptures? When was the last time he hung out with friends (he was not even certain he still had people he could call such)? It was truly lonely at the top.
Perplexing it was, how he had taken this long to come to the realization of his situation. Could he not recall those times? All those times he ignored calls from his family because their conversations would simply take too long – there was no time to spare. Those times the church members were at his door and the resounding knocks meant nothing to him. He was too busy reading for those tests, and they always came for the same thing – to encourage him to find time for fellowship. Even those times he kept her waiting for hours and would eventually not show up, bailing out on plans they had made earlier. Yes, their relationship could have blossomed into something beautiful, but he just could not find the time for her amidst all the books to read and lectures to attend. He had even not found the time to develop his undoubtedly melodious voice that moved the crowd whenever he sang. And eventually, as you would expect, the church members stopped knocking, that girl stopped waiting and, of course, he stopped singing.
Currently in 400level in the Department of Medicine and Surgery, he was known for all-round academic excellence. Even in his preclinical days, he won the prestigious Gamaliel Onosode award and he had been remarkably consistent. Who would say they were surprised? He had sacrificed so much to break those unbroken records and thus set new ones. However, was it all worth it? Was it all worth the glaring fact that he seemed to be obliterated from the minds of many?
Nothing is worth losing yourself over. Nothing is worth losing connection with your faith. Nothing is worth waking up to the cold reality that you have no true friends. As medical students, it is easy to spend so much time reading our books and neglect various aspects of our lives that are imperative in making us who we are. At present, many of us cannot recall the last time we did that thing that genuinely makes us happy and is truly liberating. From varied cognitive talents to mad football skills, we have been blessed with so much inside of us that we cannot afford to make redundant.
It is easy to lose friends, especially those not on the same path as us. Losing sight of relationships, our spiritual life and extracurricular activities is a possibility, and currently a reality for many. Understanding that medical school is one path on one’s life’s journey is important.
So with all these said, I urge you not to lose those things that make you unique; those people that put smiles on your face; or lose sight of your values and priorities. Above all, do not lose yourself hiding behind the pages of those books. 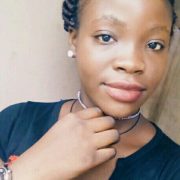 Jaachimma Oluwabunmi Nwagbara is a fourth-year medical student studying at the University of Ibadan, Oyo State, Nigeria. She is from Abia state, one of the most beautiful places in Eastern Nigeria. She was born and spent most of her years in Northern Nigeria, Kaduna state to be precise. With a drive and passion to contribute meaningfully in her immediate environment, she has participated in politics, the Press and outreaches. She was the Editor-in-chief, Preclinical Press of the University of Ibadan Med- ical Students’ Association. She currently serves as the Financial Secretary of the Association. She also volunteers and participates in medical and social outreaches. She enjoys watching comedy series and exploring new places. She says, “Medical school is a journey, different for everyone and we all should share our stories. I look forward to sharing mine and learning from others who share theirs. As medical students/doctors, we never stop learning!”

My Weirdest Moment in Medical School

And Then There Was None