A wise man once said, “When you’ve been told what a road is like, walking through it becomes easier.” Looking back now, I’ve come to realise that he was probably one of the wisest men that ever lived. We all had our different ideas when we got into medical school. For most of us, rather for me, trepidation was the order of the day.

The uncertainty was always there. The cheers and applause from family members on getting the news of the admission didn’t help matters either. For most of us, pressure built up. Personally, I had no idea of how the whole medical school game was played. I decided that before each session began, I would ask my predecessors how it was for them. Every game has its dos and don’ts. If one fails to abide by them, soon enough it might just be game over.

But doing this could be really dangerous, why? You come in with an open mind and innocently ask a question about a course and the first thing you hear could be: my dear, that course, forget it. You cannot even score above a fifty in the test. I’ll just advise you not to spend so much time on it. That is one hell of a discouraging comment and for some, this can change their perception of that course totally. In reality, there’s some safety in ignorance. Not being aware of the difficulty of a task, subtly removes the mental chains. Some motivational speakers think this might just be the drive to making it doable. However, nothing is really cast in stone.

So rule number 1, probably the only rule there is as far as I’m concerned, is never get a mentor who is a negative thinker. It ruins the whole purpose of mentoring. In medical school the last thing you need is someone telling you that you cannot do something. No matter how impossible it seems, it can be done. Let’s take this case study of a friend. Then in 100 level, there was this fuss about some people who got a CGPA of 7.0 on a 7.0 scale. For most of us freshmen it sounded surreal; but no matter how impossible it sounded, people had already done it. Immediately lectures began, she began searching for one of those people but being new in the school she couldn’t find one with a 7.0 CGPA but she found someone close to the goal. He was on a 6.9.

He had just left that level, so everything was still fresh in his memory. She made inquires on the different courses and he always had a positive mindset about everything. He even went ahead to say, “You are smart and you can do this”. That positive statement went a long way. I’ll say this again, in medical school you need to be surrounded by positive minds because the going isn’t always smooth. Never forget that the aim is always to be better than your mentor. In the end, she got the “impossible” 7.0 CGPA.

It is one thing to be given a heads up on a topic, which you should never ignore by the way. But it is another to discover that topic on your own. It could be that that person was wrong or surrounding circumstances then weren’t favourable. Getting a mentor to guide you through this long walk isn’t a bad idea but self discovery shouldn’t be expunged. 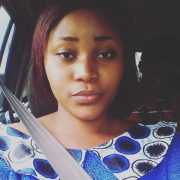 Judith Ebengho is a 500-level student of the University of Ibadan. She hails from Benin city in Edo state, the second of four children. Her years of experience in managing a busi- ness social media account for almost three years makes her ideal for this position. Pendical gives her ample opportu- nity to harness her skills for the good of society. She also volunteers at the Nigerian Red Cross society, Jason’s Medical Mission and the Action Group on Adolescent Health (AGAH), where she is currently serving as the disciplinary chairperson. A budding entrerpreneur, she runs a company, Judith’s munir, with three different sub-specialties for now a hair extension retailing branch, an investment branch and a lo-gistics branch. All these she does online.

The Measure of Patience

Of Fears and Worries… Or not.

Is It Worth It?