If one were to glance through the stories of the world’s most renowned doctors, it would be understandable if one came to the erroneous conclusion that the vast majority of doctors decided that they would one day wander the corridors of a ward bedecked in white via some sudden epiphany so poignant that it would never depart from their minds as long as they lived.
Though this may be true in some cases, it is of this writer’s humble opinion that a larger percentage of doctors came to the decision via a slightly less impressive route. For some, the realization dawns on them slowly after years of careful consideration; for others, it came about as a result of surrounding factors guiding them to such a conclusion; yet for a number, nothing seemed real until they managed to scale through their very first huddle on their path to the white ward coat- the entrance exam.
Regardless of whichever category an individual falls in, the revelation of the decision to those around him/her comes with an ever-ready stream of platitudes concerning hard work and dedication from all and sundry. Unfortunately, one doesn’t often hear of the other qualities needed to make it out of med school in one piece. One would think the virtue of patience wouldn’t need to be called upon, at least until Pre-med had been tackled. As it turns out, at times one is wrong.

The Pre-med ordeal isn’t often tainted with anything odd or out of the ordinary, especially for those who already made efforts to find out what they should expect. And it is that fact that makes what few curveballs there are all the more egregious. In this writer’s opinion, nothing is more noteworthy than having a lecturer become nettled during a class, sometimes to the extent of throwing subtle barbs at a student or walking out of the lecture theatre entirely.
You see the typical lecturer tasked with grooming the next generation of doctors is himself/herself a doctor. Which is why, to those who have always looked upon anyone in a white ward coat as a shining beacon of society’s best, this writer included, the mere possibility that one of such persons, as amiable in person as they are, could be at times be so rattled as to present anything less than complete composure seems so alien as to border on surreal. Yes, horror stories abound of how common it is for a student to be “washed” by an attending while on ward rounds but you never really expect it till you see it and it is rarely seen before clinicals. Hence, unlike seeing a cadaver for the first time, you aren’t fully prepared to deal with the attendant shock when it hits.
The transition from a typical class to something worthy of a Mexican telenovela isn’t always obvious at first. At times, something which wouldn’t be looked at twice on a normal day, such as an offhand hiss or a poorly worded answer to a basic question, is all it takes to set someone off. This only underpins the need for patience on the part of a medical student and doctor in the making. It is unfortunate to act unseemingly to a student, but it may be deadly to do so to a patient. So as we wade through the various travails which life throws at us, let us remember one thing:
The true measure of a man isn’t when he’s at his best, but at his absolute worst 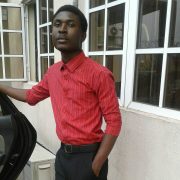 Bolu grew up in Ibadan and is currently in his third year studying Medicine and Surgery at the University of Ibadan, Oyo State. He schooled at both The Vale College and Rhema Chapel International College, Ibadan. Ever since he was a child he has loved literature. Inspired by his experiences in the university he has a propensity for putting his thoughts to paper as a means of inspiring the next generation.

Forging Ahead in Your Medical Education

Souvenirs from a Battlefield (A Letter)